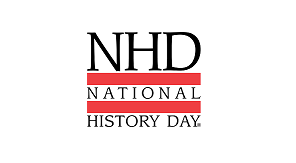 Here is what Karma had to say about her experience:

Last October Mrs. Kumpunen, one of my teachers, suggested I enter the National History Day (NHD)competition. Prior to that time, I had never heard about the competition and had no idea what it would entail. In some ways this was good, as I didn’t have any expectations or understanding of the amount of work entering the competition would entail. I also didn’t realize last year more than half a million students would enter the competition, and less than 3,000 would make it to the national level. That alone would have kept me from even thinking about entering the competition!
The NHD theme last year was “Communication in History: The Key to Understanding.” Anyone wanting to enter the competition could do original research on any history subject they wanted (with teacher approval) and enter into one of several categories: documentary, exhibit, paper, performance, or a creation of a website. Because I am very interested in women’s history, I decided to focus on something related to women. At first, I thought about a project dealing with sign language, but when I started my research, I became intrigued with several women who were instrumental in various aspects of American history in the early to mid 1900’s. The deeper I read, the more excited I became about a woman named “Katherine McCormick” who was a wealthy woman in the Gilded Age who funded activities to pass the 19th amendment and help women enjoy reproductive rights, both of which had been denied to them. This focus then narrowed down onto rich women who helped women earn the right to vote, yet aren’t recognized names (like Susan B. Anthony or Alice Paul) in our history books. This meant that I had to complete months of research, analyze and interpret my sources and arrive at logical conclusions in order to develop a well-thought-out thesis which also addressed how that part of history is relevant today. On top of that, I had to draft a paper and turn it in on a fixed deadline.
Throughout the entire process, I was fully supported by Mrs. Shaner, Mrs. Hair-Garner, Mrs. Hajovsky, and Mrs. Hills. They each made suggestions on where I might focus my research and writing, and were always cheering me on----even when I was ready to quit. Let’s face it, just doing one’s normal papers for school is hard enough to juggle when you have a life outside of school without adding to it! But their encouragement and faith in me to see it to the end kept me going. The hardest part for me was trying to figure out how to use the Chicago Manual of Style, which is used by historians. Some of my teachers wanted papers in MLA, and others in APA, so adding CMS to the mix was difficult, at best. However, I got through it and submitted the paper online.
This is when I really started to get nervous. After all that hard work, I really wanted to win, but knew it came down to what the judges thought about the paper. At first you compete at the regional level and then at the state level. Anyone who makes it through that far can submit their project to the national competition. To my surprise, I won 1st place at the regional level, but then got 2nd place at the state level. However, first and second place projects can be sent to the National level, so I made some changes to my paper, then submitted it. At the National level, the projects go through several rounds of judging by historians, and you have no idea how your project fared until the actual awards ceremony. This year it was entirely ‘virtual’ so my family was glued to the computer on June 19th. They said that around 2,600 students from the United States, American territories, and from international programs in Korea, China and South
Asia were participating. I figured with that much competition I had wasted all those late nights spent researching my subjects and then writing the paper, over and over again! Luckily, at the national level they announced the winners of the paper category first. To my amazement and relief, since I had never entered the contest before, I won 3rd place in the paper category! Later I learned that no one from New Mexico had ever won at the national level, so it was really an amazing experience.
While I was working on the paper, I kept saying “Never again!” However, it was really a positive process for me and I learned a lot, not just about history, but also about writing---and myself. I’m thinking about entering the competition again this year, but that will really depend upon whether I have time and if I can come up with a really unique and thought-provoking topic to research. Even if I don’t enter again, I had a remarkable experience and would encourage others to give it a try. You don’t need to be a genius to enter the contest and win, as I well know!